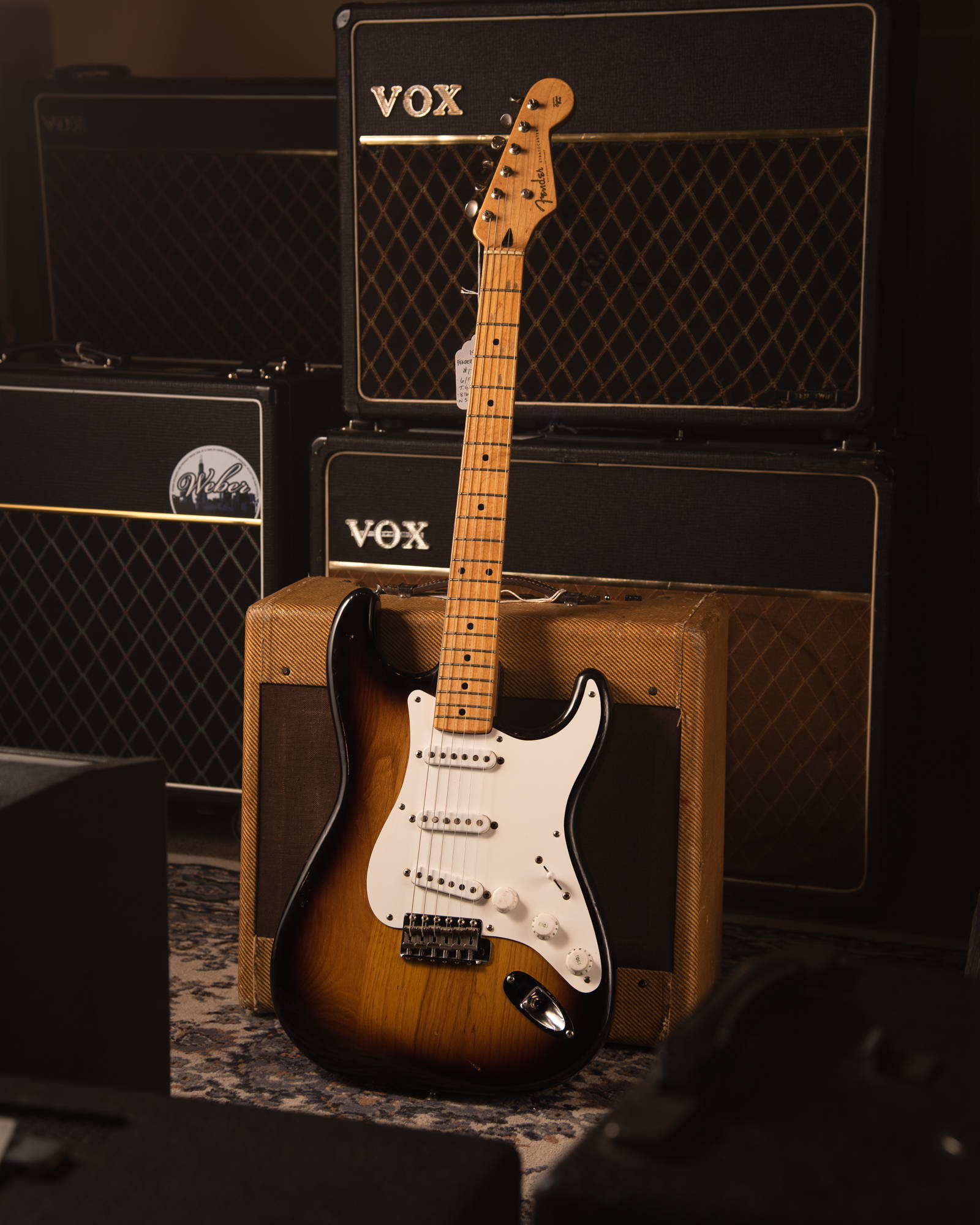 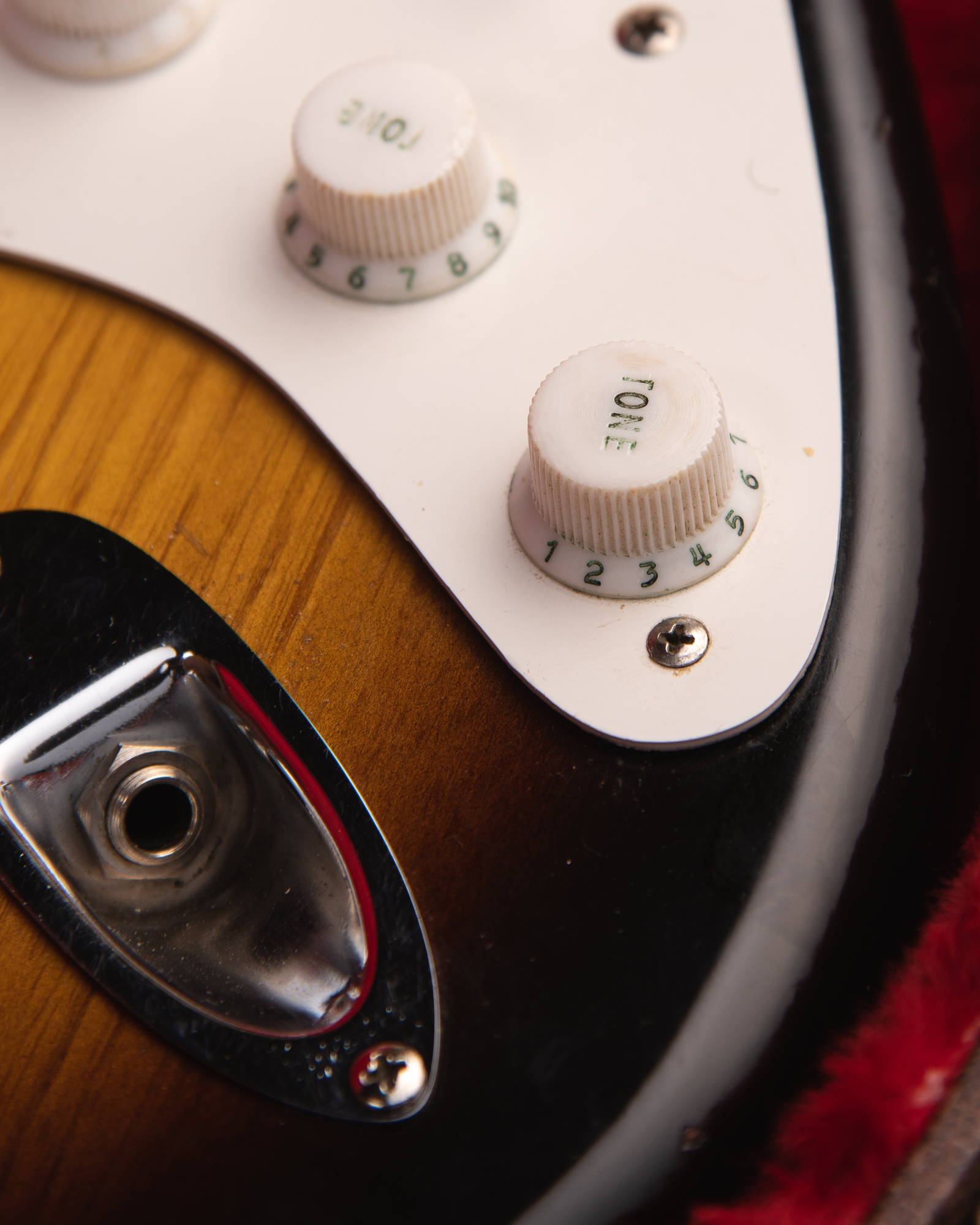 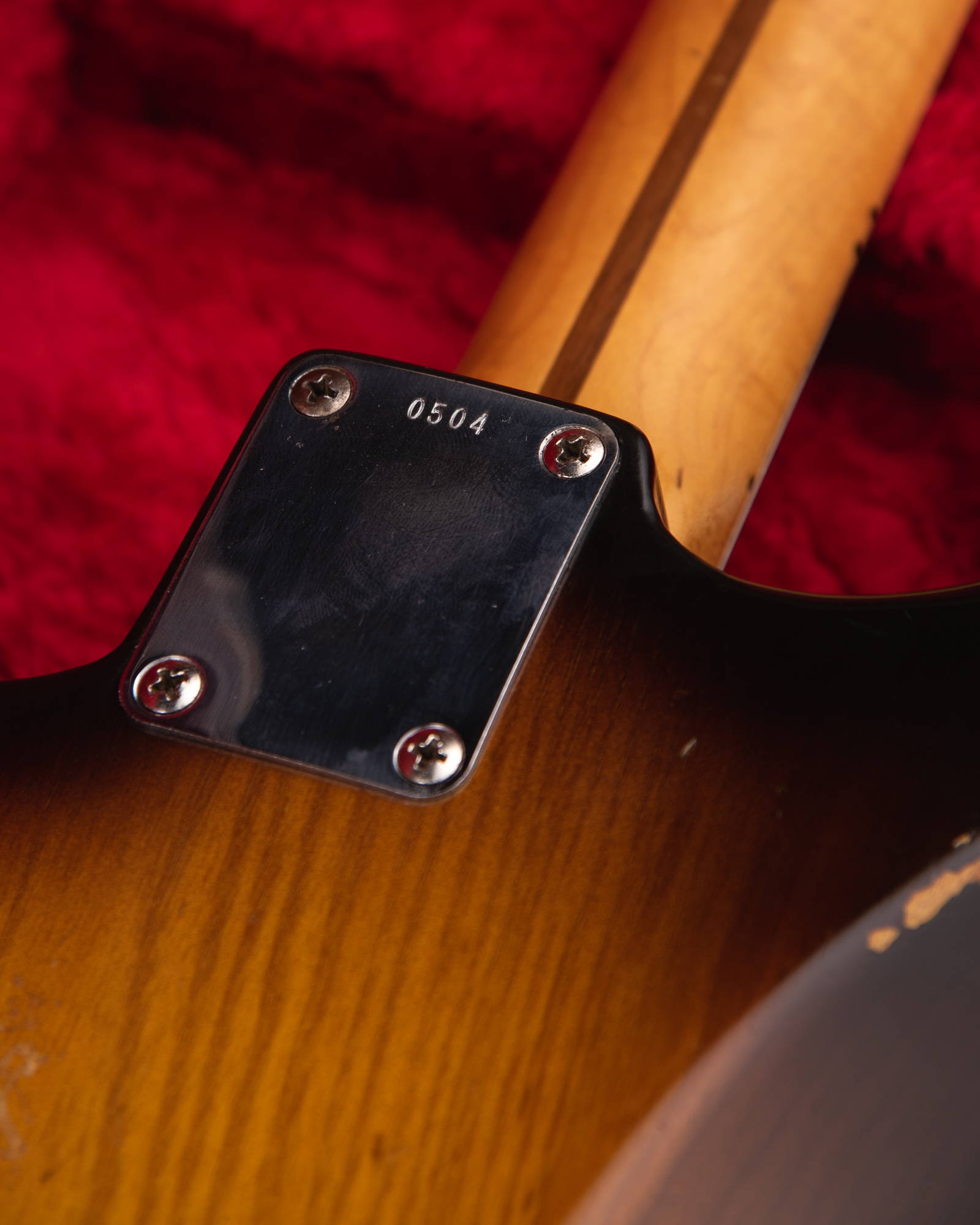 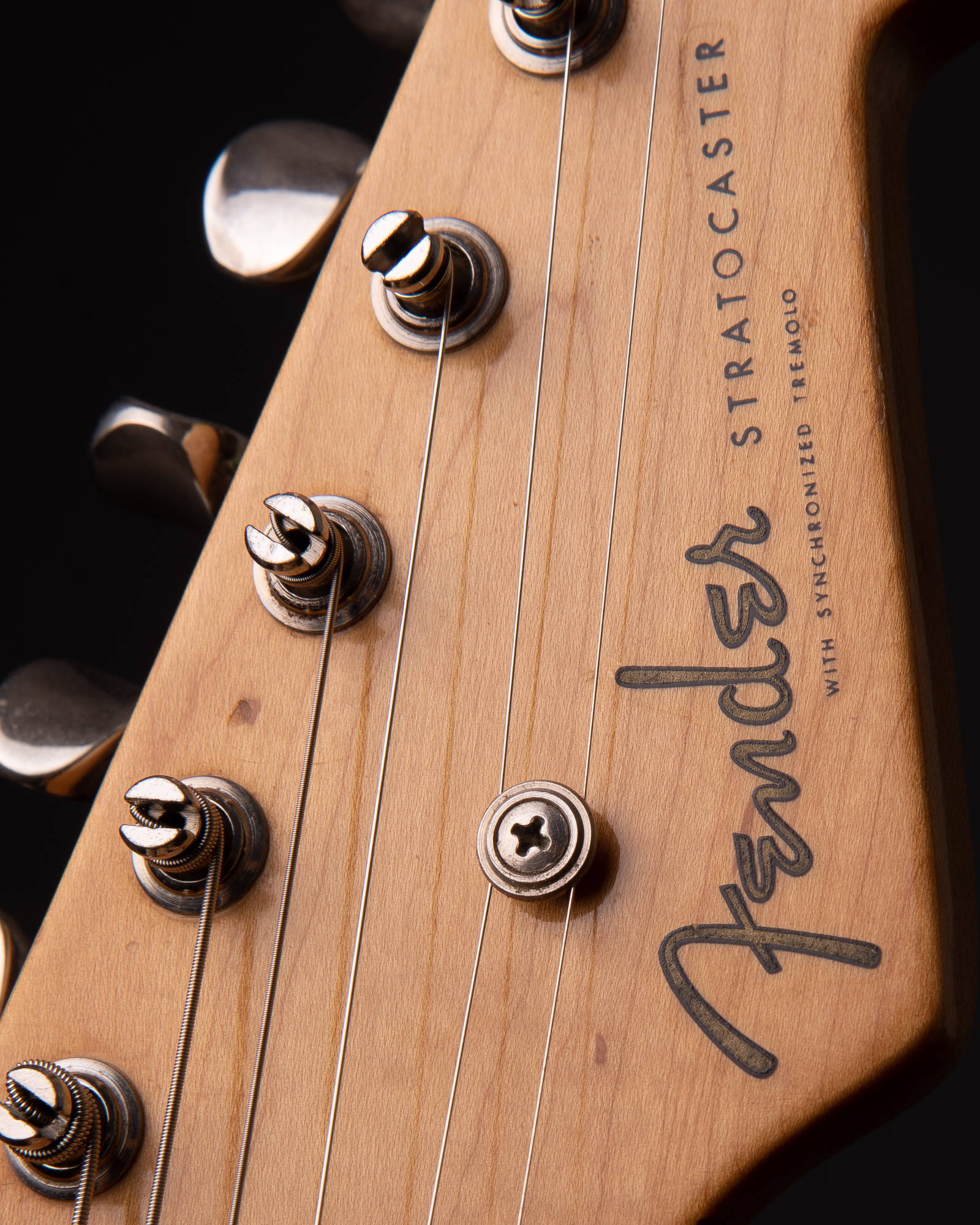 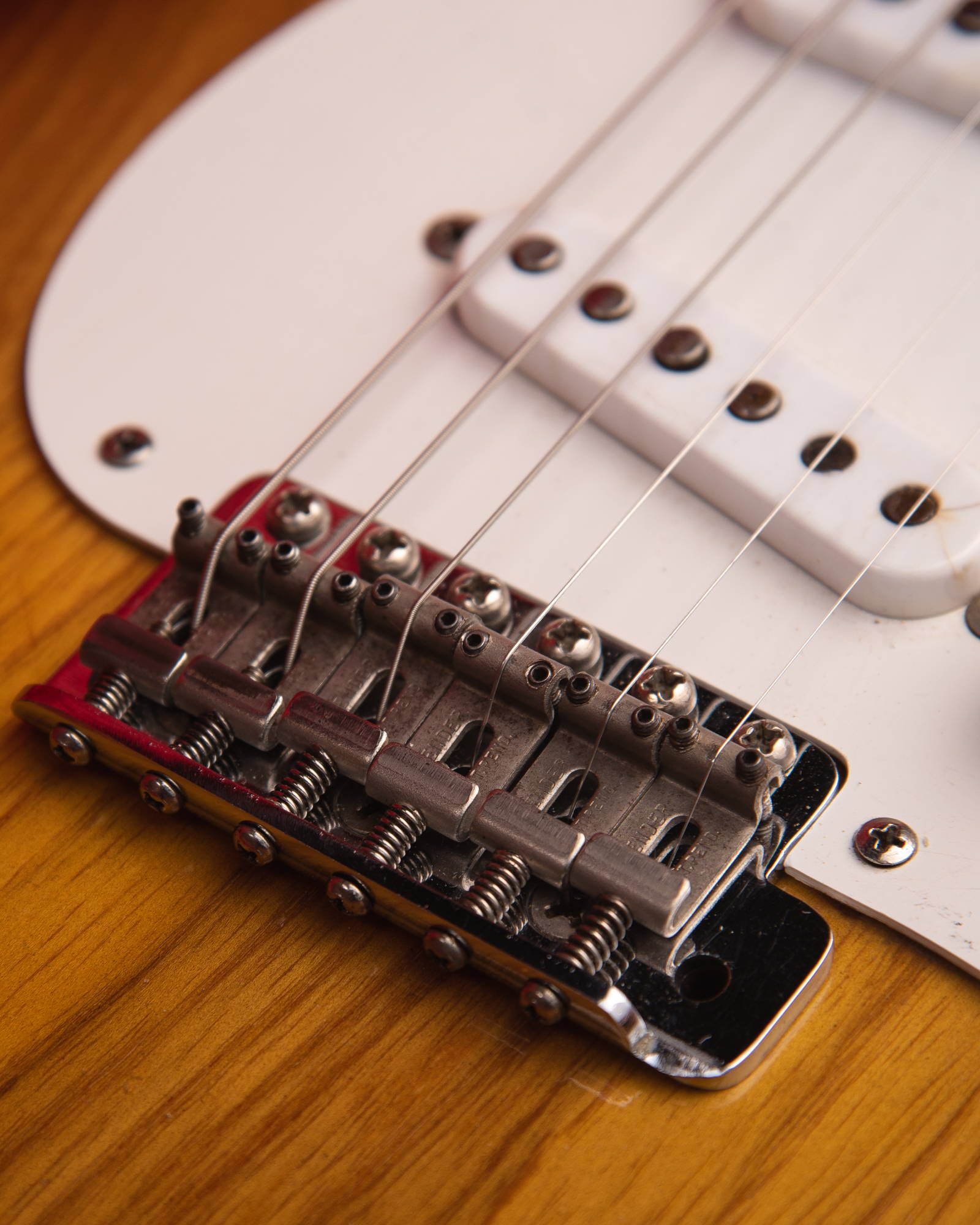 A remarkable FIRST YEAR Stratocaster in excellent condition! The neck has the Pre-Production painted truss rod 'cover' and was signed "TG 6-54". The control cavity was signed by 'Gloria 6-17-54". This '54 Strat weighs 8 lbs and comes with papers in a repro case. 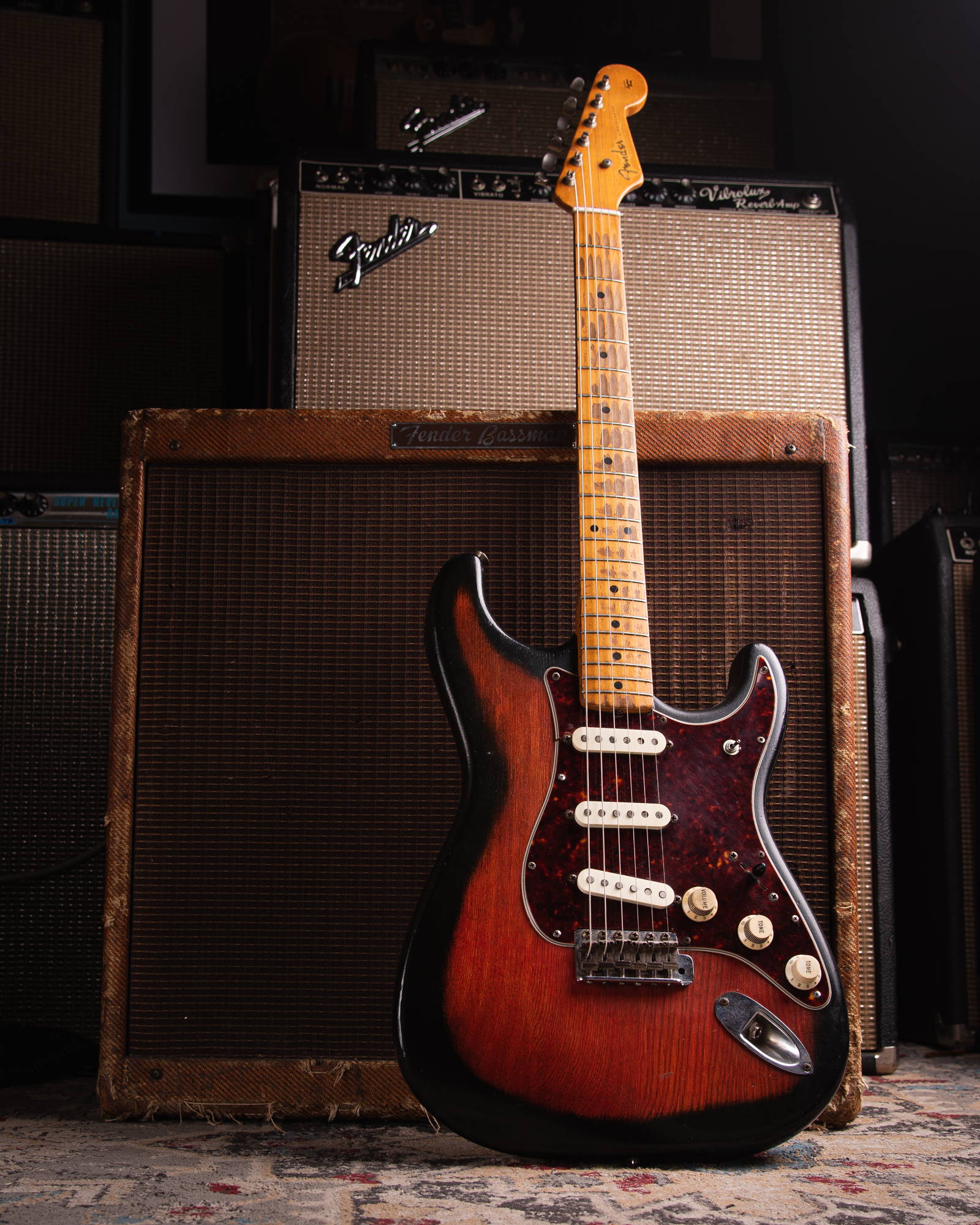 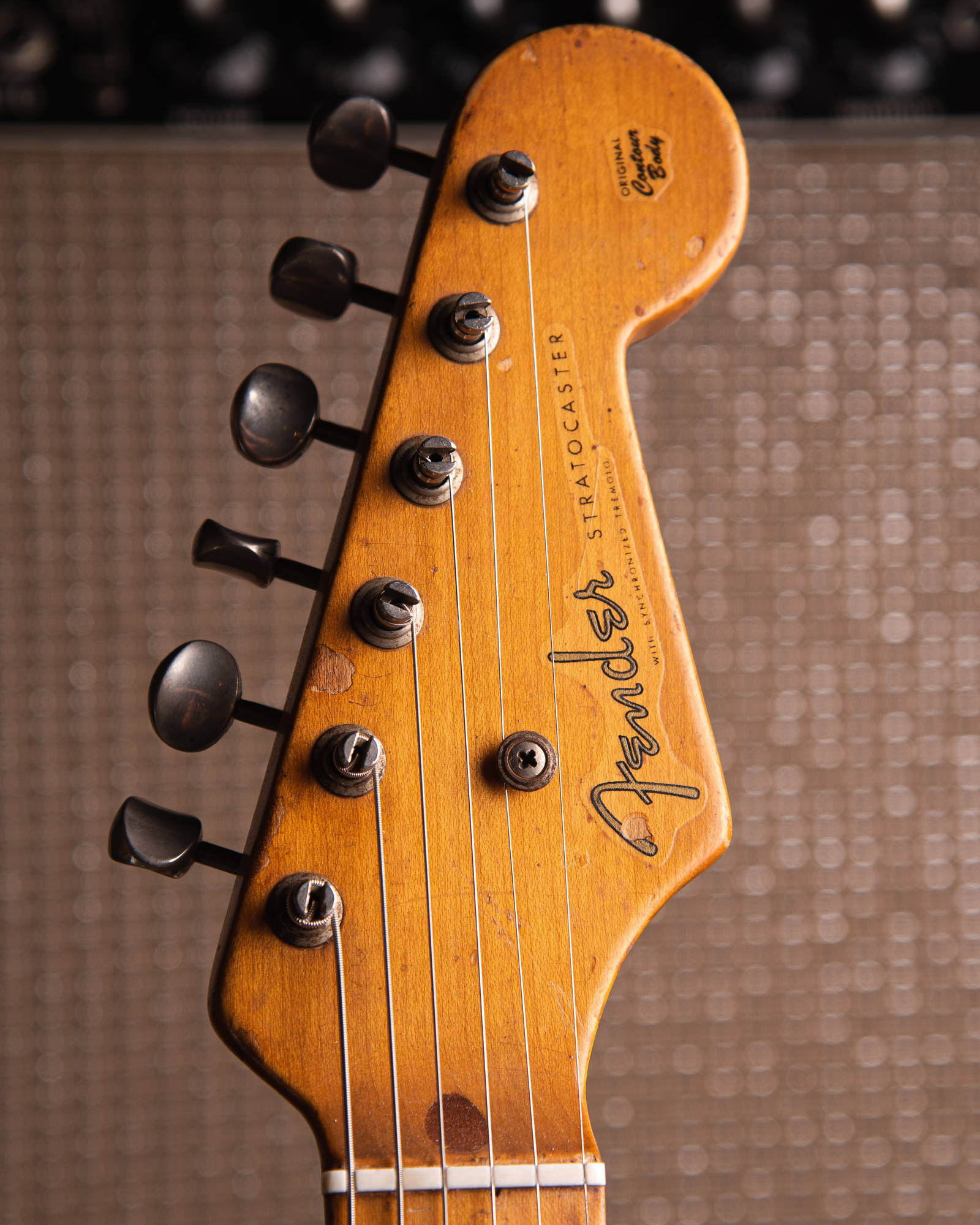 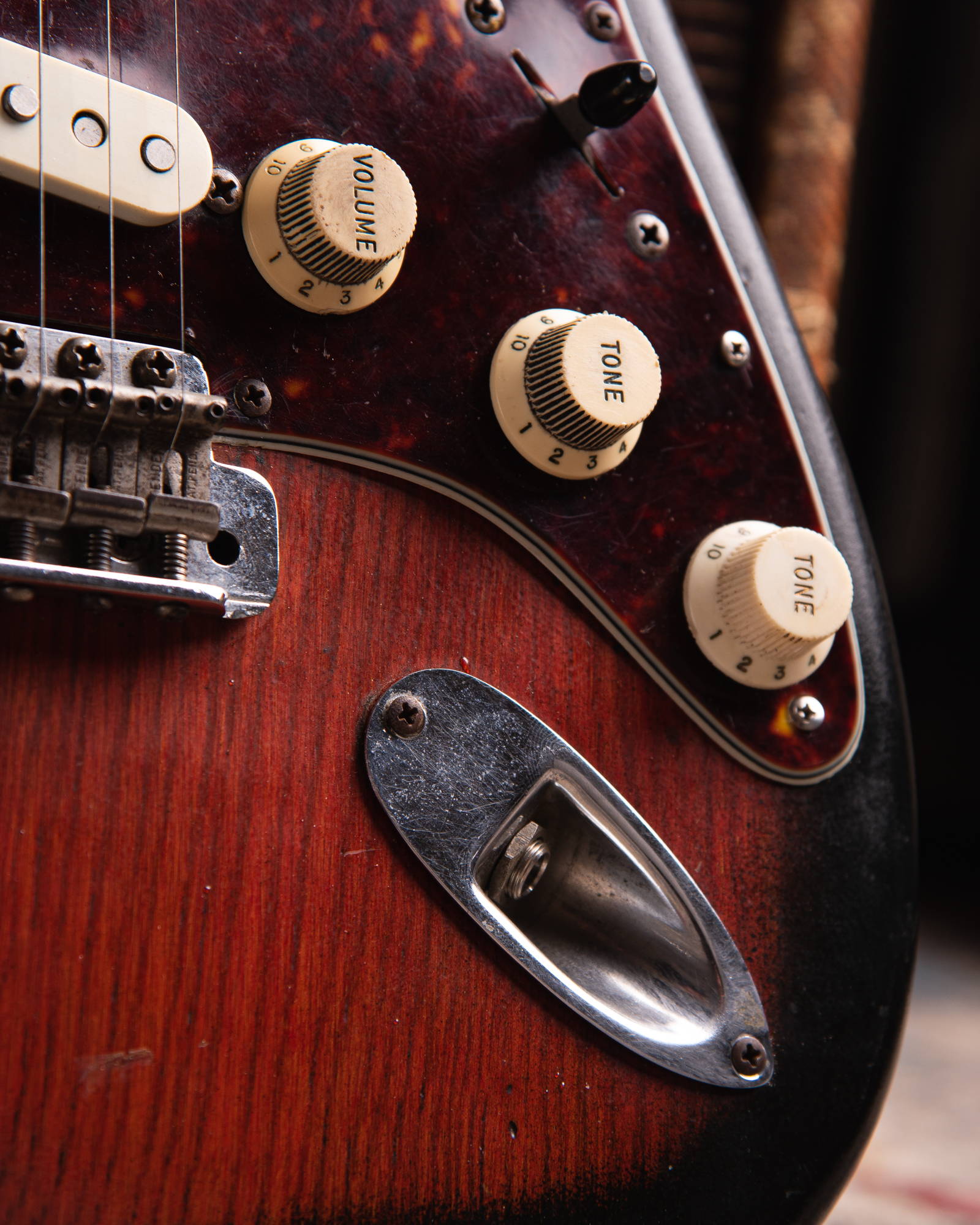 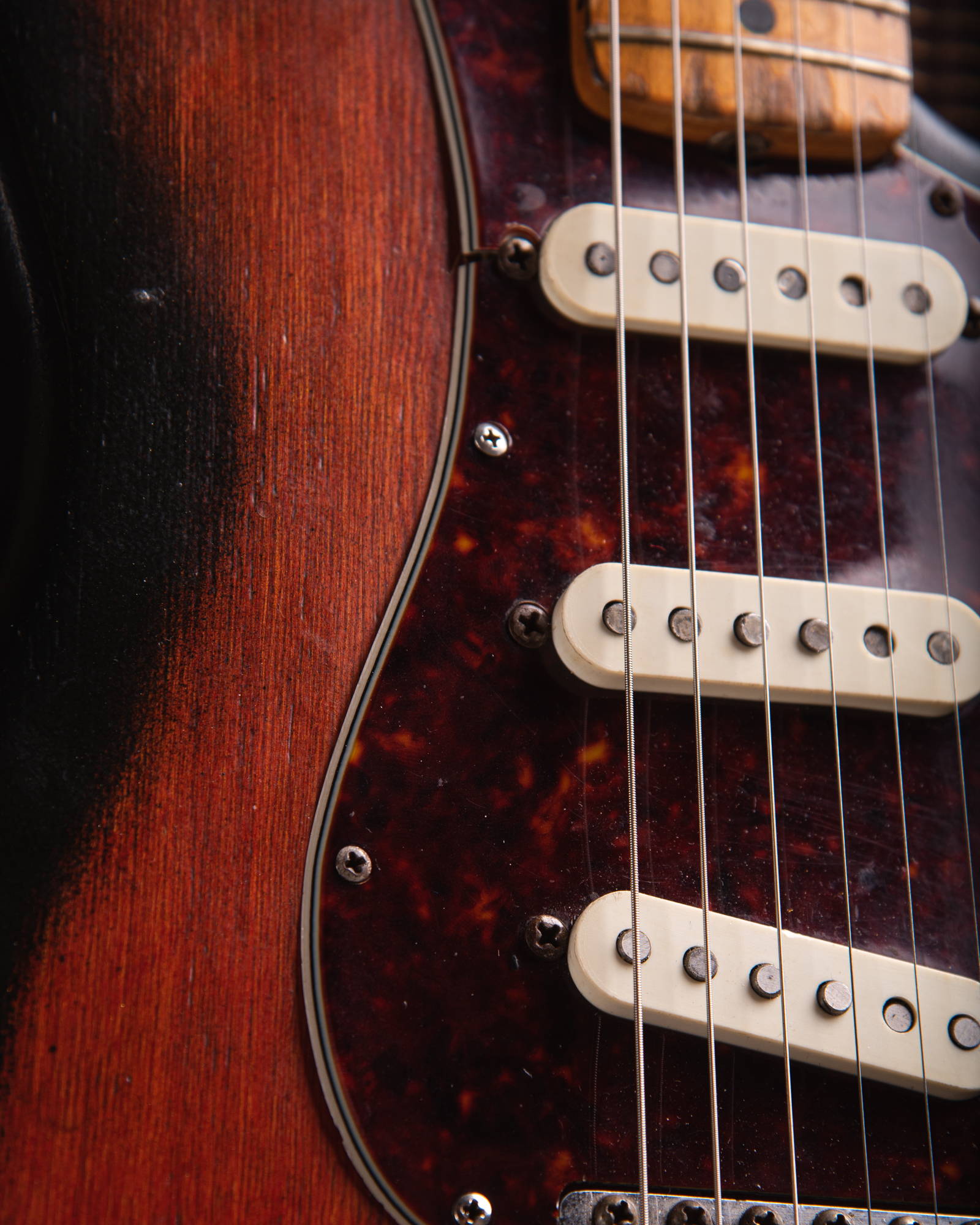 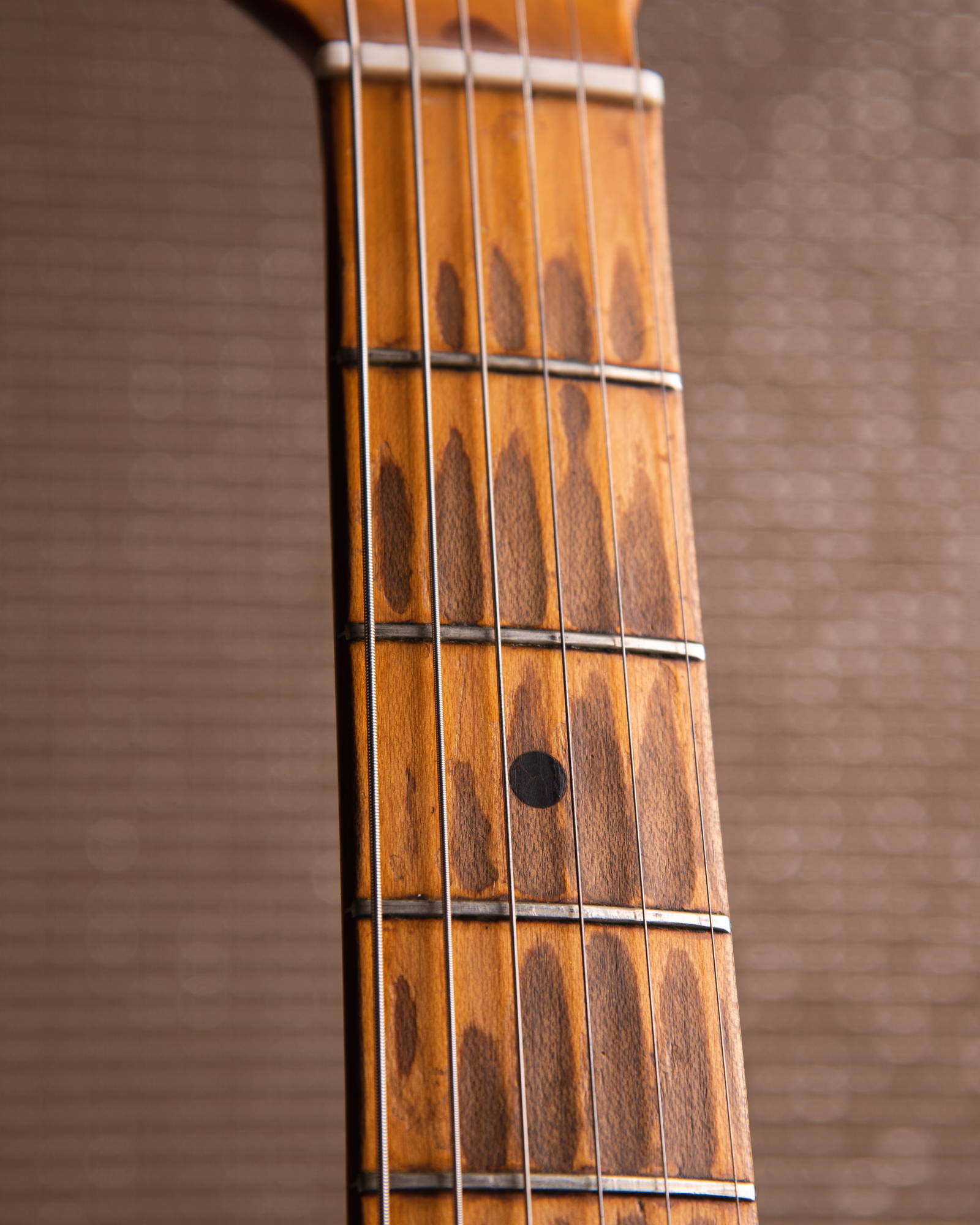 This '54 Strat, sn 0758, was the first Strat sold in West Virginia. It was bought from Herbert's Music in Charleston, WV, by a teenaged Wayne Moss. It was Wayne's only guitar for several years, and when he got calls to play bass, he just put heavier strings on this Strat. When he needed a new neck, Fender accidentally sent him a Tele neck, which he liked and kept. With the Tele neck, Wayne played the lead guitar part on Bob Dylan's "I Want You," from the Blonde on Blonde album. He also used this guitar with legendary Nashville groups Area Code 615 and Barefoot Jerry, as well as on numerous sessions.

Through the years, this guitar has undergone quite a few changes, including a refinish (done by Wayne), body rout for a mini-toggle switch (now non-functional), and replaced pickup covers, pots, knobs and pickguard. The pickups are: Bridge: Duncan; Mid: grey-bottom Strat from 1974; Neck: original black-bottom but with plastic-coated wires. Original bridge pickup (rewound and non-functional) is in the case. Comes with the Telecaster neck along with the original neck.

is added to your shopping cart.

Close
Back to top